Pourreza, who earned his Ph.D. at the University of Florida in 2014, worked on early detection of Huanglongbing (HLB) disease of citrus. HLB, an incurable disease that is spread by Asian citrus psyllid (ACP), has seriously impacted citrus production in Florida. The disease has been found in commercial and residential sites in all counties with commercial citrus. Read more. STEM refers to science, technology, engineering, and math programs and the day-long conference was an effort by the College to stimulate interest and preparedness in interested high school students to pursue educational programs and careers related to these disciplines.  Mitchell was invited to share with students his work in agricultural systems research and soil health.  He provided two hands-on sessions to a wide range of students from a number of regional schools including Laton, Hanford, Corcoran, Madera, Tranquility, Sierra, Selma, Reedley, and Parlier.

The highlight of the day, however, was the motivational and music extravaganza provided by special conference guests, Domino Saints, a bilingual urban pop duo from San Juan, Puerto Rico that includes David Leal, a young and very creative mechanical engineer with several nuclear fusion technology patents, and Gisele, “Gigi,” Ojeda.    Students and presenters were wowed by the infectious music and inspirational message provided by Leal. April 9, 2015, Riverview 6th grade science students attended workshops on nematology, conservation agriculture strategies, and integrated pest management. Students were exposed to issues that they could work on if they chose a career pathway resulting in working in a science, technology, engineering and/or math field related to agriculture and natural resources.

Nematology workshop:  Andreas Westphal, UC Assistant Cooperative Extension Specialist  at UC ANR Kearney Agricultural Research and Extension Center and in the Department of Nematology at UC Riverside and specializing in pathogens and nematodes affecting plants, increased student awareness of the impact of nematodes. Tom Buzo and Fen Westphal assisted with the workshop. Students learned about the diversity of nematodes in the world; that there are good, bad and very bad nematodes.

Westphal works on nematodes that are bad for plants. Many of these feed on plant roots. Students used microscopes to see some easily recognizable nematodes that were dug up from the soil.

Soil Health workshop: Jeff Mitchell, Cooperative Extension cropping systems specialist at the UC ANR Kearney Agricultural Research & Extension Center and in the Department of Plant Sciences at UC Davis specializing in vegetable cropping systems, irrigation management, soil quality, organic soil amendments, extension models, and postharvest physiology provided a workshop on soil health. Students learned that we will have an additional 3 billion people by 2050. This leads to the problem that the estimated food production demand from 2010 through 2050 will be more than it was for all of history. So, just like caring about our own health, we must care about the health of our natural resources. We are in a race to see if we can improve our food production and have sufficient water to meet the demands of a larger population. Mitchell had samples from an ongoing long-term trial that compares soil quality and yields using conservation agriculture strategies versus traditional tillage practices. Students noted that the conservation agriculture soil samples had more organic matter and held its shape while absorbing water when placed in the water. They noted that the traditional tillage soil samples had low organic matter and fell apart when placed in water.

Integrated Pest Management (IPM) workshop: Laura Van der Staay, Field Research Supervisor 2 at UC ANR Kearney Agricultural Research & Extension Center, provided students with the basic concepts of IPM, with role playing to better understand how effective IPM strategies are at sustaining our food, feed, and fiber production while protecting our natural resources. One of the role playing scenarios was to see how different modes of action can help reduce pesticide resistance in pest populations. Students got the extra treat of seeing some great horned owls (part of nature's IPM) that hatched at Kearney, as well as bones and feathers in the owl pellets.

Students were also provided with a field tour to see current research plots. (photgraphs by William Bowe and KARE personnel) 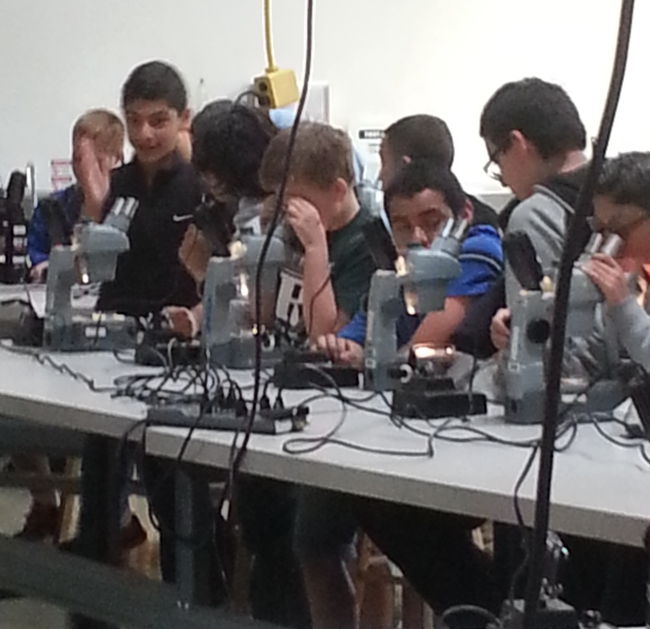 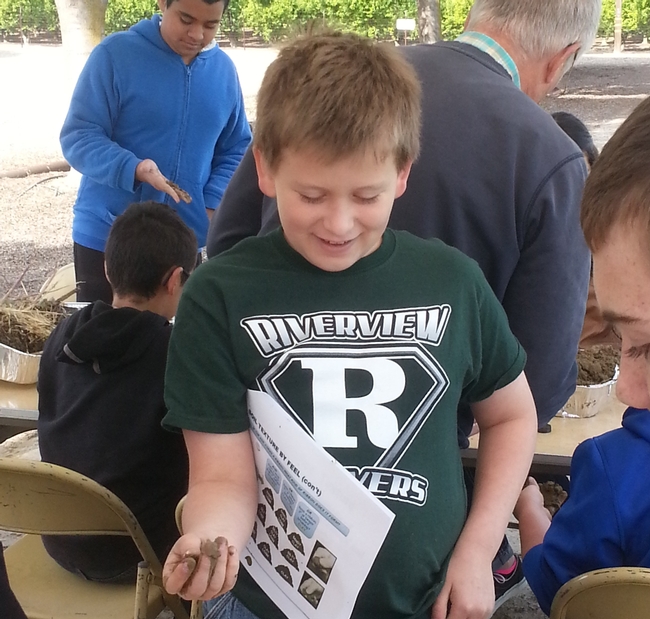 Joshua Bowe using the ribbon test to determine the texture of a soil sample. 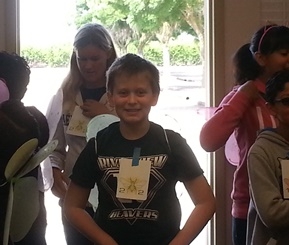 Joshua Bowie and classmates pretending to be aphids in a pesticide trial. 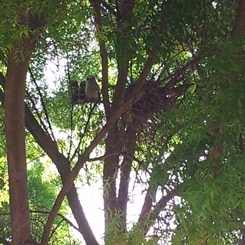 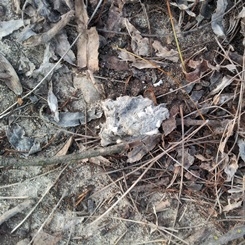 An owl pellet that was stepped on, showing the bones and feathers of animals caught by great horned owls at Kearney.

A spider web is one of nature's most marvelous wonders. It's art, it's architecture, and it's... 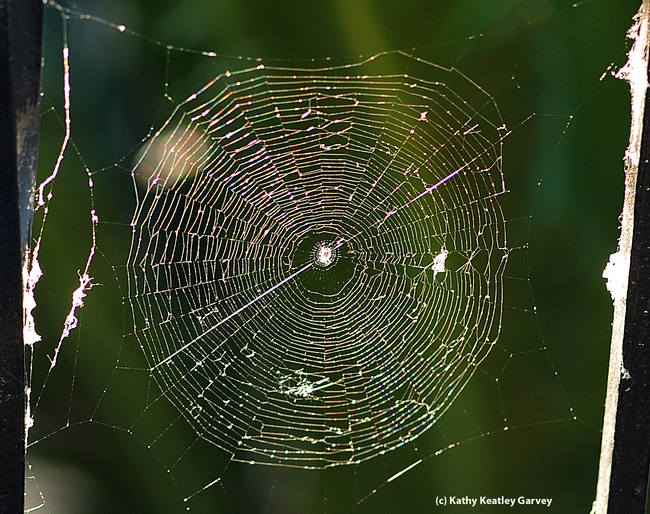 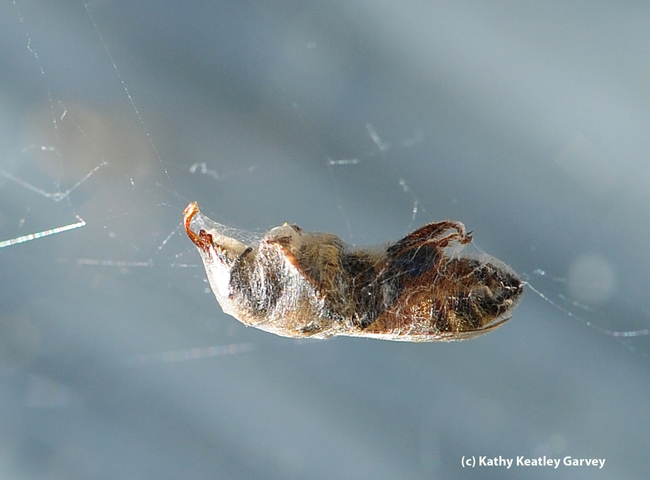 A spider's dinner, all wrapped and ready to eat: a honey bee. (Photo by Kathy Keatley Garvey)