Almond and Walnut Pest Management Guidelines revised just in time for the holidays.

‘Tis the season for baking lots of tasty treats. Breads, cookies, cakes, and candy are just a few that come to mind. What makes many of these treats so tasty is the addition of almonds or walnuts to the list of ingredients.

In California, we are lucky to be at the center of almond and walnut production. According to the California Department of Food and Agriculture's (CDFA's) latest Agricultural Statistics Review, more than 99% of the almonds and walnuts produced in the United States are grown in California.

Almond and walnut growers work tirelessly to supply enough nuts to not only satisfy domestic demand, but also for export. Worldwide, almonds rank as the largest specialty crop export. California is the top almond producer in the world, accounting for about 80% of all almonds grown. For walnuts, California ranks as the second largest producer in the world. To keep up with this demand, almond and walnut growers must be constantly aware of pests, diseases, and abiotic problems that can affect the tree and growing nuts.

Revisions in the Almond Pest Management Guidelines include:

Revisions in the Walnut Pest Management Guidelines include:

Authored by University of California specialists and advisors, the Pest Management Guidelines are UC's official guidelines for monitoring and managing pests in California crops. For more information on pest management in these or other crops, visit the UC IPM website. 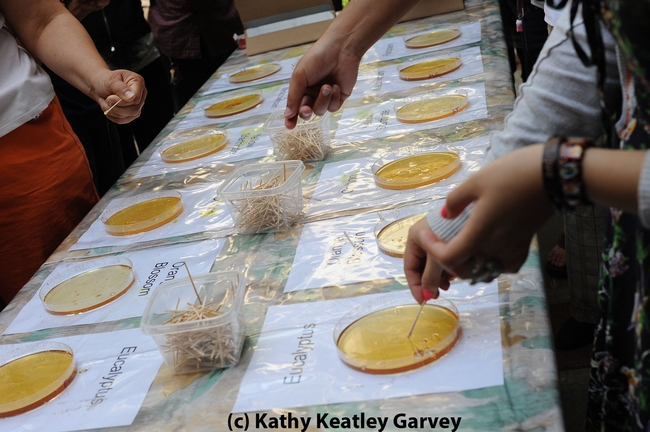 Honey-tasting is a popular activity at Briggs Hall during the UC Davis Picnic Day. (Photo by Kathy Keatley Garvey)

Honey-tasting is a popular activity at Briggs Hall during the UC Davis Picnic Day. (Photo by Kathy Keatley Garvey 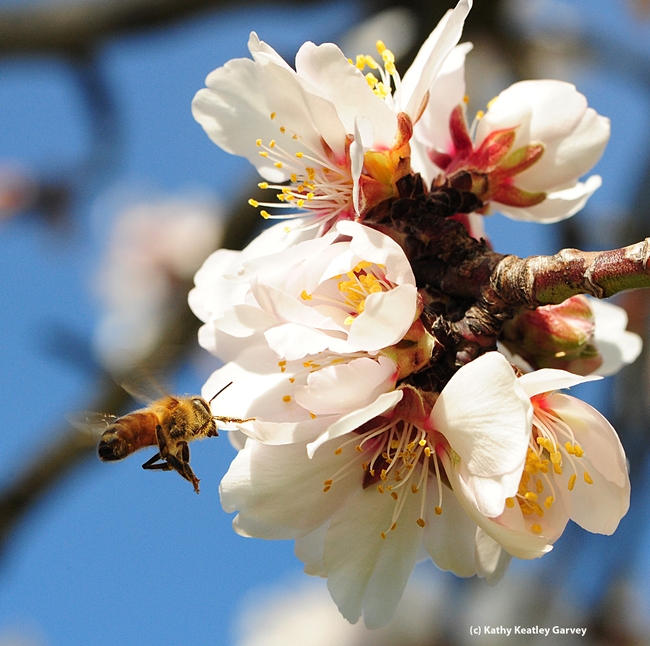 Honey bee heading toward almond blossom. Almond blossom honey will be one of the honeys to be sampled at the UC Davis Picnic Day. (Photo by Kathy Keatley Garvey)

Why This Honey Bee Research Is So Important

They're on to something. Definitely. An international research team has been researching honey... 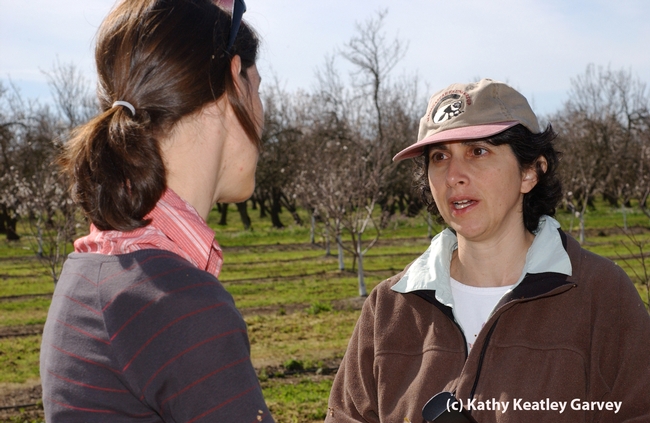 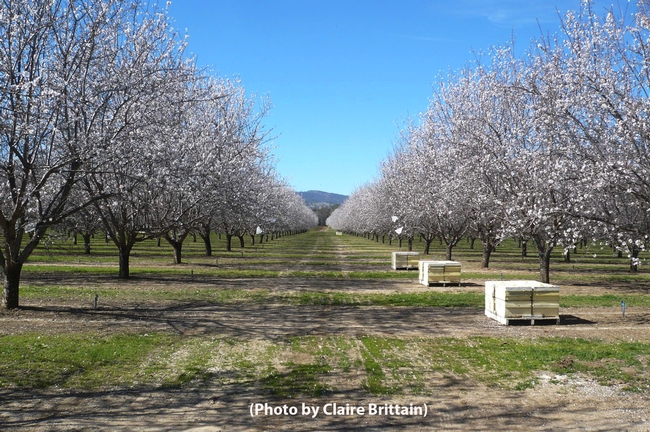