YOU:  I'M TRAVELLING TO AMAZING PLACES

YOU:  I'LL BE WORKING IN MY GARDEN

YOU:  I'LL BE NEAR THE WATER OR ON A BOAT

YOU:  I'LL BE OUT AND ABOUT CAMPING, HIKING, OR RIDING HORSES

YOU:  I'LL DEFINITELY CONTINUE TO LEARN ABOUT INVASIVES

If you missed it this year, help in the fight next year by learning and participating during California Invasive Species Action Week. If you've got a great recipe for wild fennel, the website Eat the Invaders wants to know. Wild fennel is listed as moderately invasive by the California Invasive Plant Council (CAL-IPC). It came from southern Europe and the Mediterranean where it is used as a spice. (Photo: Joseph M. DiTomaso, UC Davis Dept. of Plant Sciences) If you've got a great recipe for invasive brown garden snail, the website Eat the Inbaders wants to know. Don't bring snails and other animals into California for food! That's how the brown garden snail ended up here in the 1850's. (Photo: Jack Kelly Clark, UC IPM)
Posted on Thursday, June 14, 2018 at 10:29 AM
Comments: 0
Tags: California (2), Invasive species (3), pests (5), snails (1) 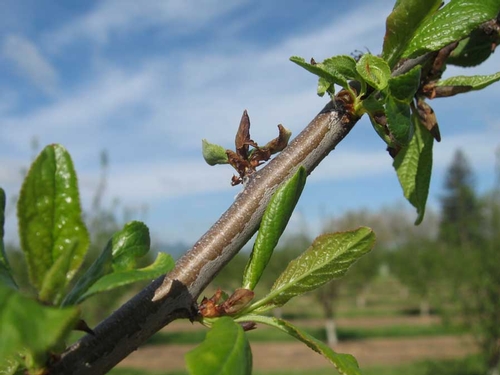