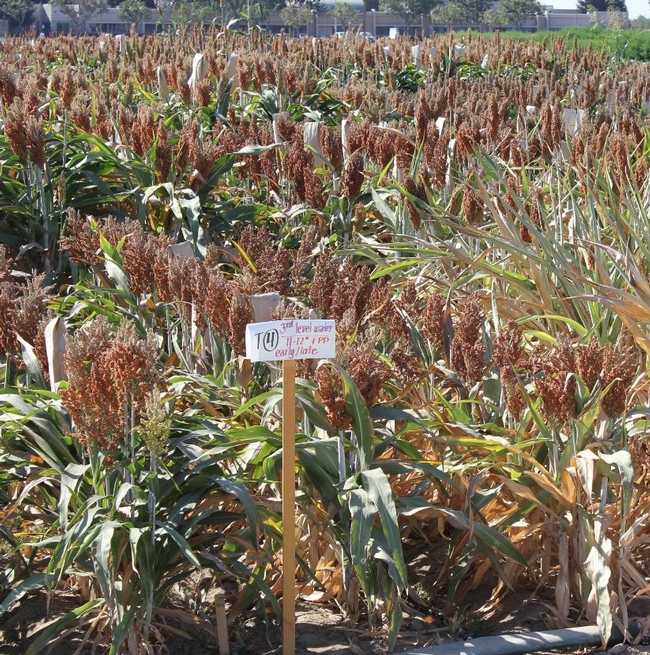 The recent alfalfa and forage meeting at Kearney attracted about 100 growers and pest control advisors.

Dan Putnam, extension specialist in the Department of Plant Sciences at UC Davis, agronomy, alfalfa and forage crops, alternative field crops, cellulosic energy crops, crop ecology, shared that some of the nitrogen produced by alfalfa (a legume) remains and is available for subsequent crops. Current research has a goal of developing alfalfa’s nitrogen credit to help manage nitrogen fertilizer supplementation for non-legume rotational crops (like wheat). Putnam also shared the potential value of sorghum as a summer irrigated forage crop for dairy and livestock production that requires less water and nitrogen as compared to corn (California’s main forage crop). Research on the sorghum is ongoing, with benefits and limitations being identified.

Larry Godfrey, UC Cooperative Extension Specialist in the Department of Entomology, UC Davis, entomology, discussed the Blue Alfalfa Aphid, which caused extensive economic damage throughout California last year. The Blue Alfalfa Aphid was a major problem in the 1970s, and a minor problem in the interim. The pest management materials that were effective historically were not effective last year. New pest management strategies have been developed and a new use registration and/or section 18 use permit are pending, hopefully in time for the 2014 alfalfa growing season.

Kurt Hembree, UC Cooperative Extension Specialist in Fresno County, weed management strategies in crop and non-crop settings, discussed weed management strategies for RR and conventional alfalfa stands. Hembree indicated that best practices are to design weed management strategies according to existing and anticipated weeds with extra weed control effort during early stand development. Hembree stressed that if growers want to preserve the benefits created by RR alfalfa, they need to reduce the chances of weed resistance to glyphosate with escapes control, mode of action rotation, and/or tank-mixing with other herbicides. 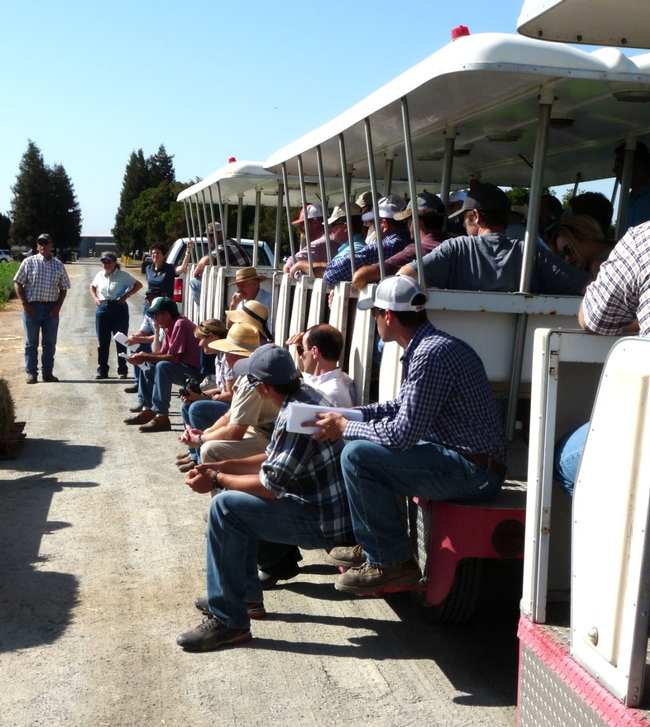