Why the Stink Bug Stinks Ever wonder why the stink bug stinks? The stink bug, from the family Pentamodae, is a... 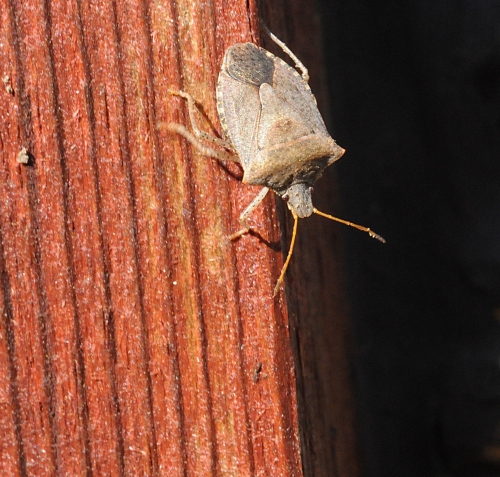 Okay, everybody in the pool! That means bees, too? It... 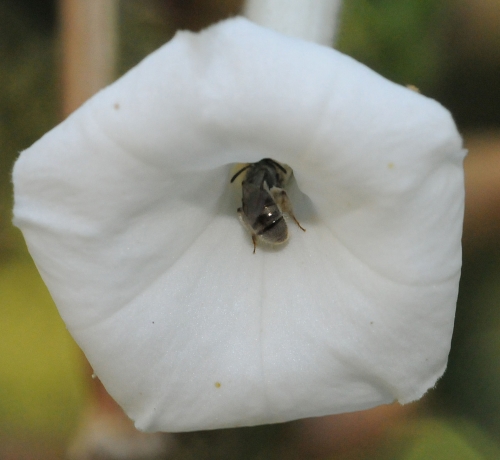 This spectacular dragonfly photo, taken by UC Davis entomology doctoral candidate Fran Keller, is a Sympetrum sp. that she took in her back yard on July 28, 2007, in North Davis. This is one of her favorite photos. "This picture," she says, "shows how incredibly delicate they are and their legs so slim and yet grasping on the edge of this twig they maintain balance. The eye color reminds me of a watercolor painting and the red on the abdomen is such a contrast to the yellow spots on the thorax."
Posted on Wednesday, September 17, 2008 at 3:06 PM
Comments: 0
Tags: Bohart Museum of Entomology (383), dragonflies (14), dragonfly t-shirt (1), Fran Keller (39), Greg Kareofelas (53), Lynn Kimsey (283), William Yuen (1) To bee or not to bee. Not to bee. The flying insect hovering over the Ruth... 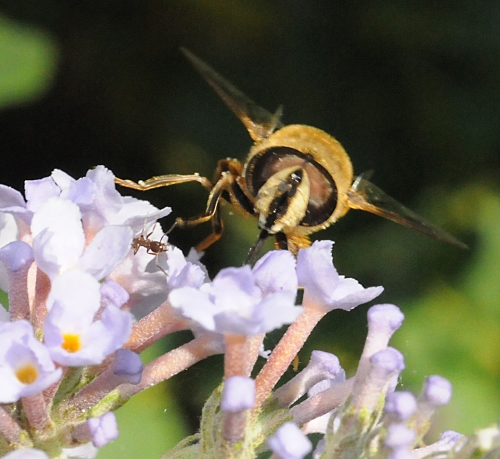 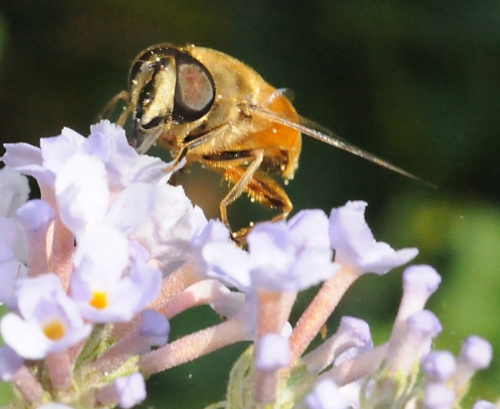 The hover fly, from the syrphid family, works the flowers in the Storer Garden, part of the UC Davis Arboretum. The syphrids, in their larval stage, eat plant-sucking pests or decaying matter, and in their adult stage, they pollinate flowers as they go after the nectar and pollen. (Photo by Kathy Keatley Garvey)
Posted on Tuesday, September 16, 2008 at 1:38 PM
Comments: 0
Tags: aviator (1), drone flies (4), flower flies (6), hover flies (6), syphrids (1), Syrphidae (8)

It’s like going to the circus. A bee circus. When you see honey bees gather pollen from a... 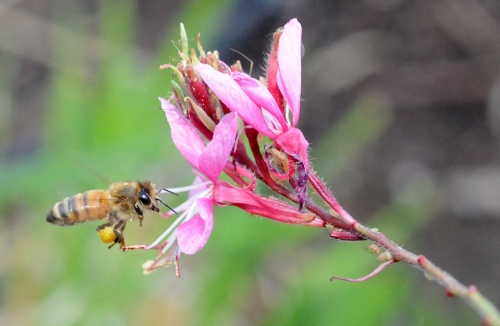 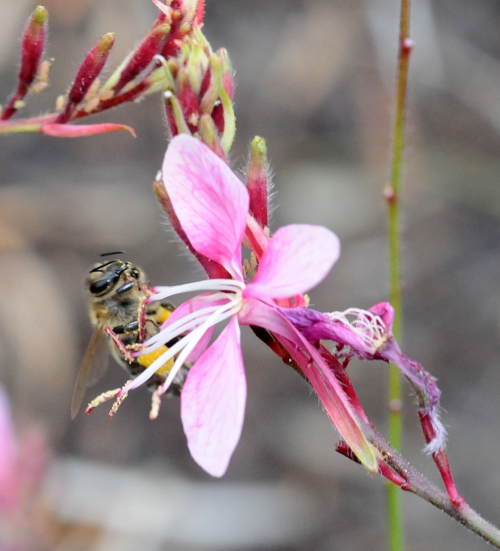 The honey bee gives her stamp of approval to the gaura, a perennial also known as "the bee blossom." (Photo by Kathy Keatley Garvey) 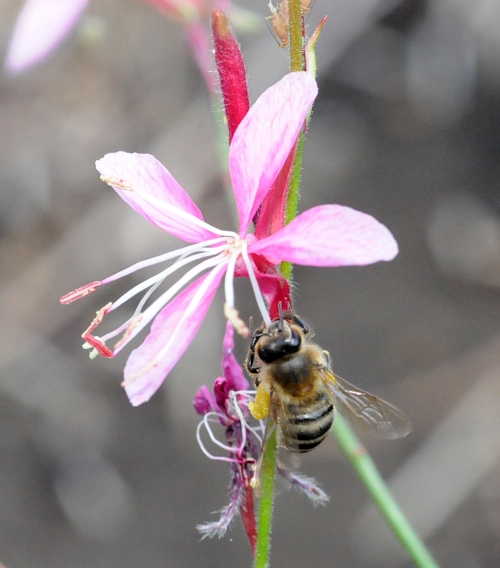 Under the Big Top

The honey bee seems to relish being under The Big Top. (Photo by Kathy Keatley Garvey) 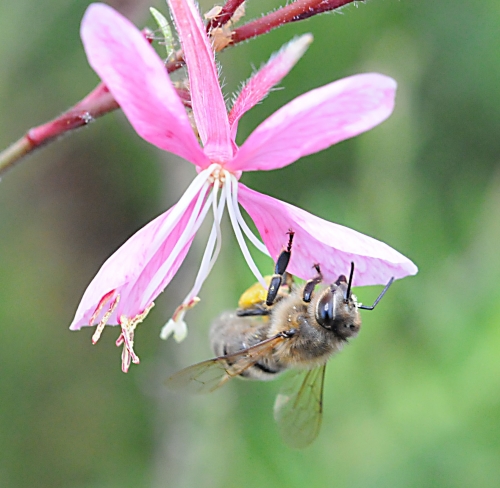 The honey bee performs a balancing act on the gaura. (Photo by Kathy Keatley Garvey) 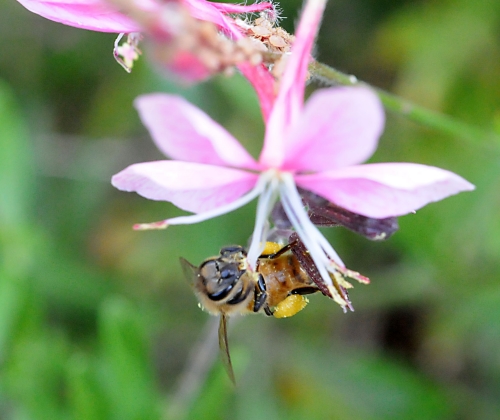 The honey bee gathers pollen from a gaura. (Photo by Kathy Keatley Garvey) 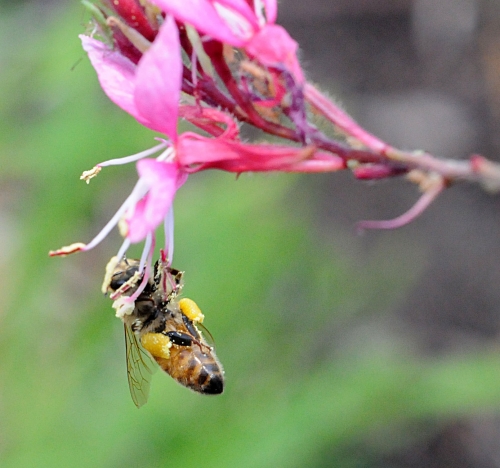